A preview of the cover for my next book, book 2 in The Highland Moon Series, "Once Upon a Highland Moon," coming soon! 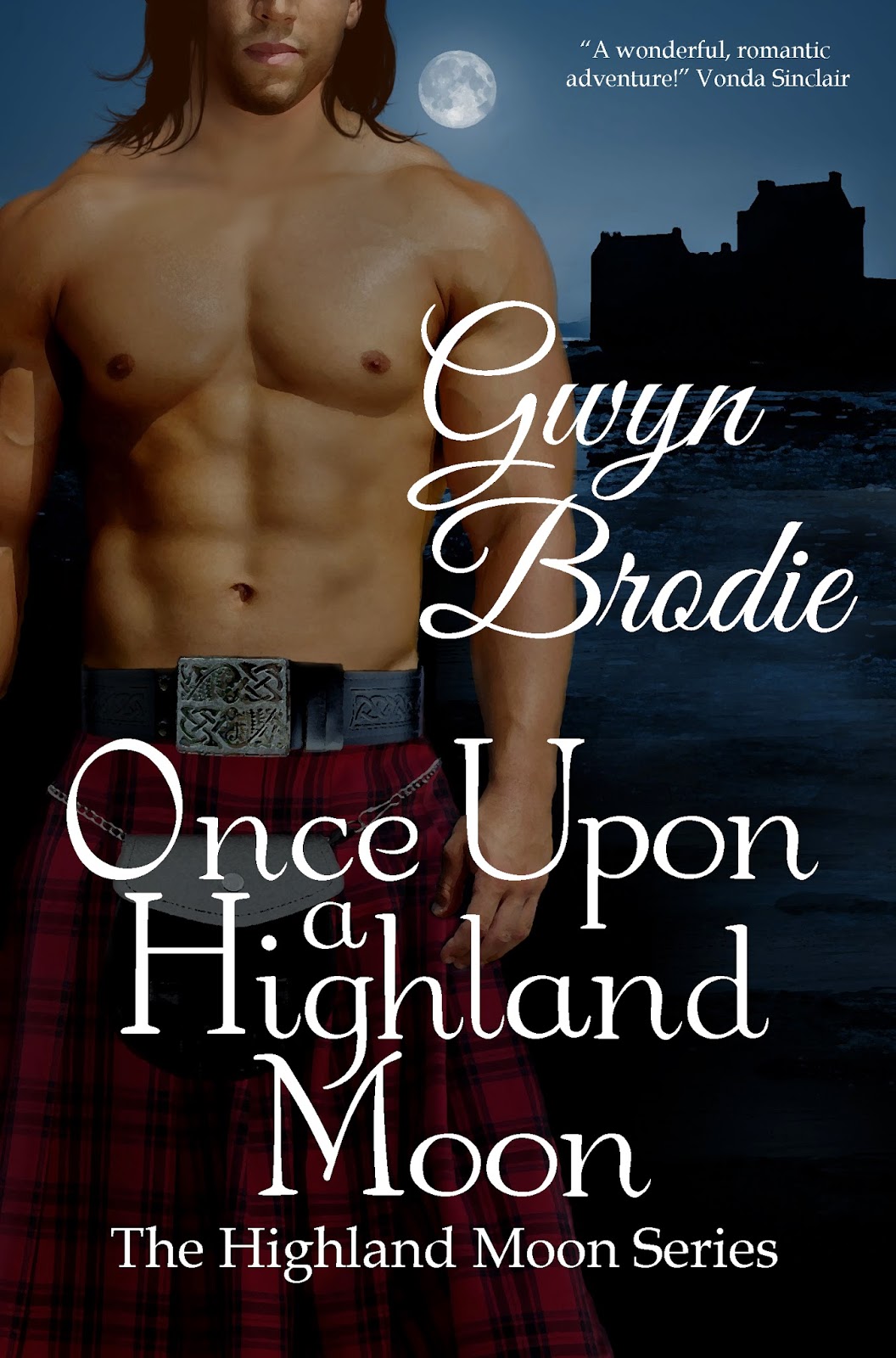 Email ThisBlogThis!Share to TwitterShare to FacebookShare to Pinterest
At Fierce Romance see my post on "Words and Phrases from the Past." 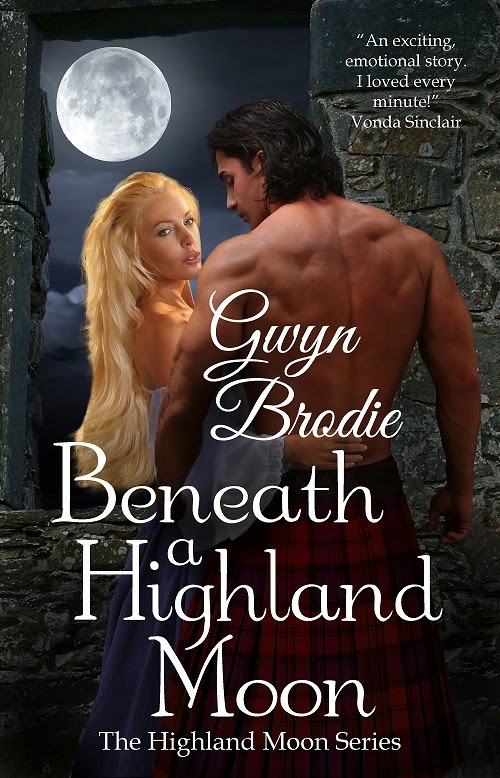 Beneath a Highland Moon


Lightning streaked across the night sky and thunder rumbled through the mountains and glens, vibrating the floor beneath Kade's feet. He sat at the table in his bedchamber, with a half-empty bottle of whisky before him. He couldn't sleep. He needed to think. As was his way, whenever something was on his mind, he didn't rest until it'd been taken care of. In the past, his sleeplessness had lain with his duties, his family and his clan. Tonight 'twas with Jillian.
He poured himself a second dram of whisky and tossed it back. She had once again taken him over, both mind and body. After his guests, the McMinn's left, she'd been moved, and Kade had gotten his bedchamber back. But her sweet rose scent permeated his entire bed. Knowing she'd slept there, her long, blond hair spread across his pillows, her shapely legs tangled in the bed clothes, was almost more than he could bear.
Kade hadn't bedded a woman since his wife, more than two years past and now his body was telling him to do something about it. A walk might be exactly the thing he needed to clear his head. He dressed, lit a candle and stepped out into the corridor. Somewhere, a door opened and closed. He rounded the corner and almost ran into Jillian.
She gasped, nearly dropping the candle she carried. "You startled me, laird." She wore naught but a nightdress that Kade guessed belonged to his sister. Though it covered her from neck to toe, it did naught to hide her visible curves. Even in the weak light of the candles her shapely figure was evident. Jillian's hair hung loose about her face, her shoulders and her breasts. Her eyes looked wide and innocent.
Kade took a deep breath and steadied himself. Her nearness was almost overwhelming. "I see you also couldn't sleep. I hope I was not in some way the cause," he teased.

Posted by Gwyn Brodie at 6:34 AM No comments: